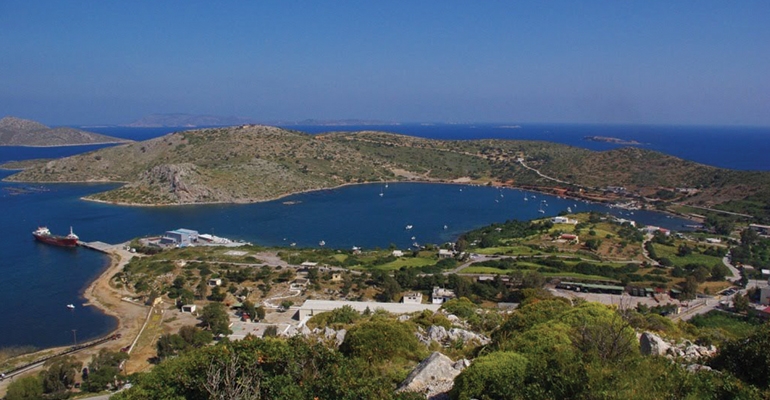 On the northernmost tip of Leros is Partheni on the the same name bay with the small island of Archangelos. Ιt’s a little fishing village, which sits there like a painting, between a large fertile valley and the sea. It is a historical site, well-known since antiquity. It is said that a sanctuary to Parthena Artemis was built there and from that it took its present name (parthena = virgin). Leros airport lies just outside the small village. The church of Agios Georgios (10th cent. A.C) is build with very old materials probably from the ancient temple of Artemis. Agia’s Kioura church lies a little further on the North of the village with wallpaintings.